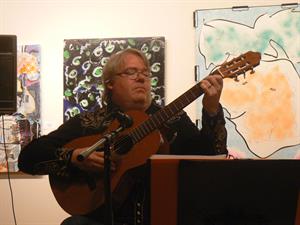 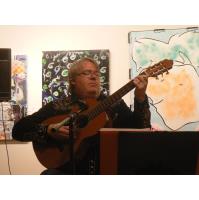 Andy and Friends will perform a variety of beautiful songs and rousing rhythms from across the Americas, and across the seas: Tex/Mex folk; Appalachian string music; Canadian maritimes fiddle tunes; the Classic American Songbook; ol’ time Country; and music for wherever people gather and celebrate.

Andy Happel is a concert violinist and fiddler who has shared the stage with symphonies, pop stars and country music luminaries alike. As bandleader for 90s rock group Thanks to Gravity, Andy was signed to Capitol Records and EMI Publishing and toured extensively with the likes of Guster, Train, Matchbox 20 and the Dave Matthews Band. A successful run with country singer Don Campbell followed, where he opened for country legends Willie Nelson, Randy Travis, George Jones and Charlie Daniels. He currently performs with classical improv group Aeterna Trio, and several other independent projects.

Andy is Director of Strings at Maine’s No.1 independent school, Waynflete, in Portland and conducts several strings ensembles.   He served as Lead Producer with new classical music label PARMA Recordings from 2011-2017. He has worked with the Moravian Philharmonic in the Czech Republic, the Metropolitan Opera Children’s Chorus and the New England String Quartet, among others.

Recently, he was nominated for a NATAS Boston/New England Emmy, presented a TEDx talk entitled Synchronicity: Music and the Perception of Time, and performed O’Connor’s The Fiddle Concerto as guest soloist with the Portsmouth Symphony Orchestra.